This year I had 7 fall bear hunters, and they were combo's with wolf.  This would be the final test on how wolf hunting goes, as well as fall bear.

The wolf hunting was a success, but I found out it takes a lot more money and time than I thought.  I started to bait in June, every couple of weeks at each bait.  In august I picked the pace up, and wolves definitely knew where the baits were.  The baits were being crushed and in the first 5 minutes of dropping the first hunters off, I got the call that one of them shot a wolf.  I called B.S., but sure enough a wolf was shot.   After that though, the wolves were nocturnal.  They would eat all the bait during the night, including whole bear carcasses.  I did however have a client draw 3 times on 2 wolves in one of the bear stands, and these wolves even ate his first bear that he shot!  The wolves are a problem up here, FOR SURE.

As for bears, there was lots of action, but it seemed that our numbers are down.  We killed mostly sows with no cubs, and that seemed to be what was at majority of the baits, and in high numbers.  My concern of winterkill was verified, and thus I have dropped out tags back for the next few years.  I want to make sure that quality hunts are sustainable, even though it hurts the pocket book.  We are sold out for next year with 18 tags I have decided to sell.

Color was super evident again this fall, with many chocolates shot and seen.  I am not sure why color is on the rise, but I am looking forward to what we see next spring.

The berry crop was decent this year, and all the bears had good fat reserves, so we should be good for next year.

I also have approached manitoba resources, and I have expanded our territory, so we are getting into some new areas that look AWESOME.  I am hoping that we get some real crankers next year! 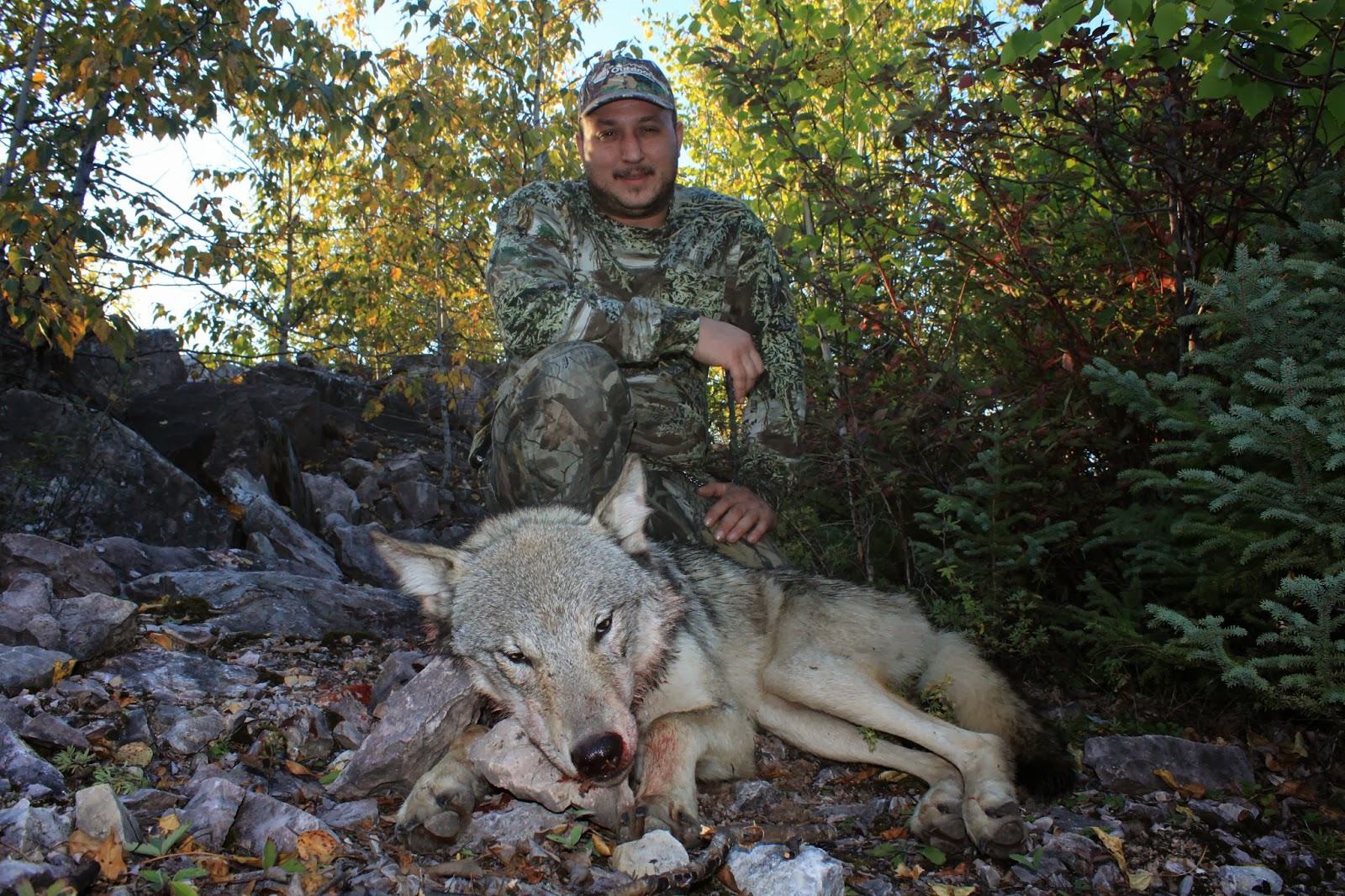 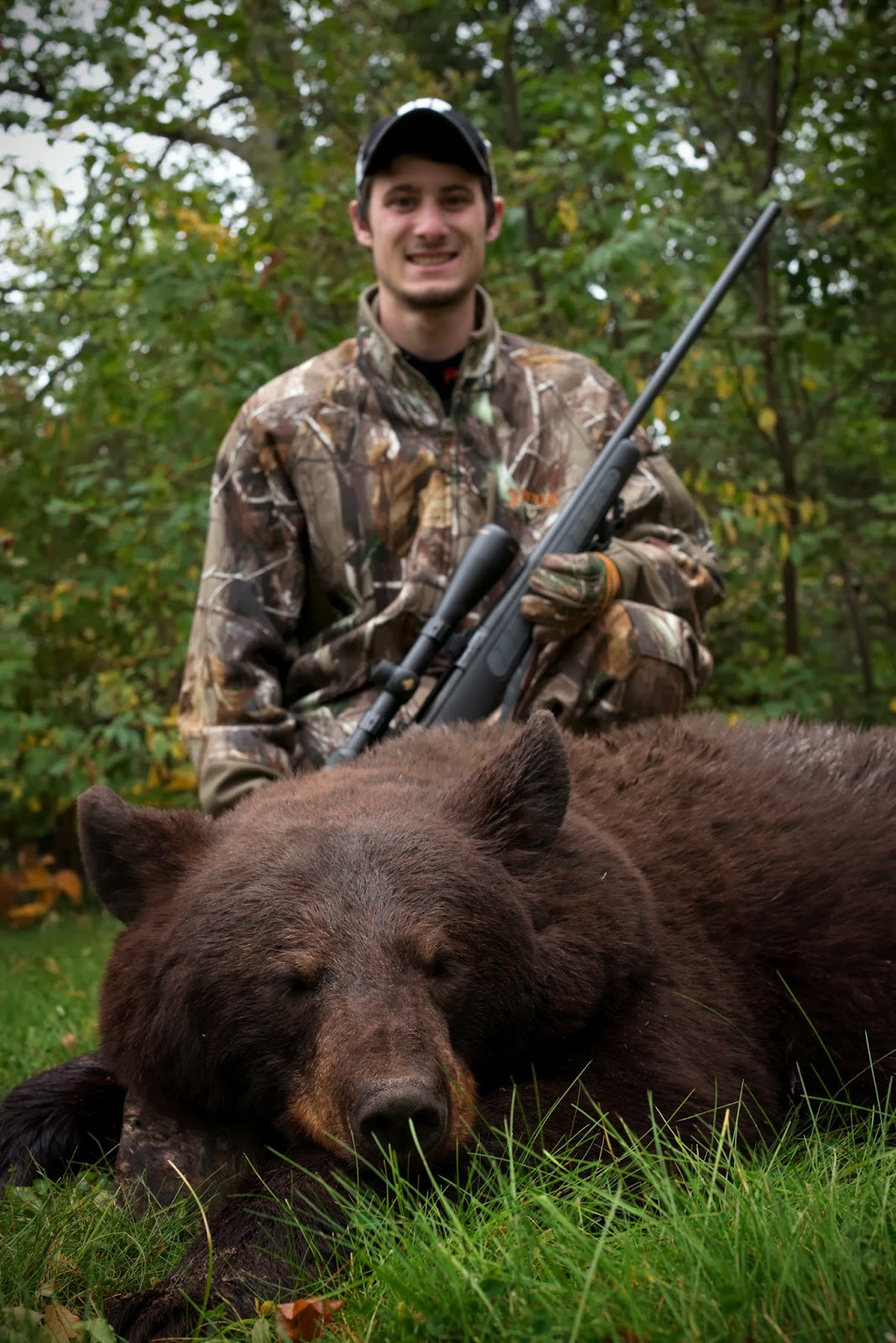 Posted by Wekusko Falls Lodge at 9:46 AM No comments:

Well this year was heaven for big fish.  This was a higher number of big Pike than normal, and another banner year for big Walleye.  Even some big Lakers were found.  All in all it turned out to be a banner fishing year.

First of all- The Pike.  As ice came off real late, the big pike were very sluggish off the hop.  As I had only 2 bear hunters the first week of fishing, I took them fishing a few times and we gave our hand at sight fishing.  We found a lot of big fish (one morning I spotted 20 fish over 38").  But we hooked up on only 2!  They just wouldn't move, and were definitely just finished spawning.  I did manage to sight a couple of TANKS, including one I figured would hit 48".  Saw her in 12 feet of water, sitting only a few inches off the surface.  Once we pushed her, she was never seen again.  Throughout the year, big fish were reported from one side of the lake to the other, and the largest landed was 46".  August was actually the biggest pike month, and many were caught in the first lake!  But one thing is a common trend most of the time- the bigger the bait- the bigger the Pike.

Walleye was fantastic in June and July like usual.  I decided to try some different tactics when I guided bear hunters on the water in May, to see if I could actually find some big girls early.  I have never heard of any big early fish on Tramping, but tides changed this spring.  I was pitching jigs into 10' or less in the back of bays, and started to connect on big fish.  I caught a few 28's and a 29.   Fishing was no means hot, but it was still nice to see that it can be done.  And of course once we got into June, the fishing turned HOT.  My official Mater Angler Walleye count was 285 on the dot, and this is just fishermen in camp!  As Jack is no longer to make it up, I am sure we would have cleared 300 easily if we had his number to add to the tally.  We never had any monsters landed this year, but we had three 32" landed.  They still are a true hog, but not the 33s or 34s or higher that we get accustomed to here. (And for those out of province or state readers- this is NO TAIL PINCHED).  On the opposite side of early walleye, we also still landed a few masters in mid August.  Big Walleye go deep on this lake, but we managed to find a few in 28'.  If I had more time, I might actually figure these fish out.

But what happened to the HUGE walleye?  They are still in the lake!  First few days of fishing season saw ice across the big lake.  The fish were just post spawned, and I took bear hunters out to sight fish big pike and set out the buoys.  As I dropped the last river buoy we trolled out to the lake mouth, to see if there were any big pike sitting on the sand.  I spotted a 34ish" pike and two little guys chasing this female all over.  Something didn't look right, and as we drew closer, these were Walleye.  The big girl shot into the shadow of the boat to get a rest from the 2 little males causing havoc.  We just floated amazed at the size of her, and knew we didn't haven't a chance of catching her.  So we headed to the big lake, and the ice was off!  We fished one of my favorite bays for early big pike, and saw some but few takers.  As we continued on in the bay I had my fly rod in hand and saw a 36"ish pike.  Receiving the go ahead from the guests as it's not too big, I laid the cast.  The fish was laying in 2' of water tight to some reeds and it broke out following the clouser fly, semi interested, but wouldn't flare and suck it in.  As it got close to the boat, and me not being worried as it's not a huge fish, the guests said it's a laker, not a pike.  Since it came directly at me the whole time, it just looked like a dark line.  But then it spooked and turned and flared- Walleye!  And absolute monster monster, and it shot back into real shallow tangle of reeds.  We lost sight of the fish and never saw it again.  If it only took that fly!
July had some campgrounders rent our 2 canoes.  As they were suppose to be back by 4 and it was now 7, Elissa sent me out on a recon mission.  As I approached the lake mouth there they were, so instead of me waking them twice, I figured I'd fish a hump in the first lake while I waited for the canoers to continue on.  I had one rod rigged with a bottom bouncer and snell left in the boat, and found a couple of leeches that were free swimming in the livewell.  It took me 10 minutes and I hooked into a 21" walleye.  As I brought it up the was a dark shadow slowly submarining up below the thrashing walleye.  Why isn't that pike attacking it?  Well, it slowly turned, staying about 6' down, and I saw the white clip on the tail, it was a GIANT walleye.  I made Elissa ticked as I stayed out till dark making that same pass again and again, even though it was not likely I would hook up on that fish.  I just wished I has some twitch baits or swim baits on board, as I may have had a chance then- just maybe.  So the BIG BIG girls are still in the lake, just have to have to be at the right place at the right time!

Here is a picture of a client I guided with his personal best - 32" caught in the rain! 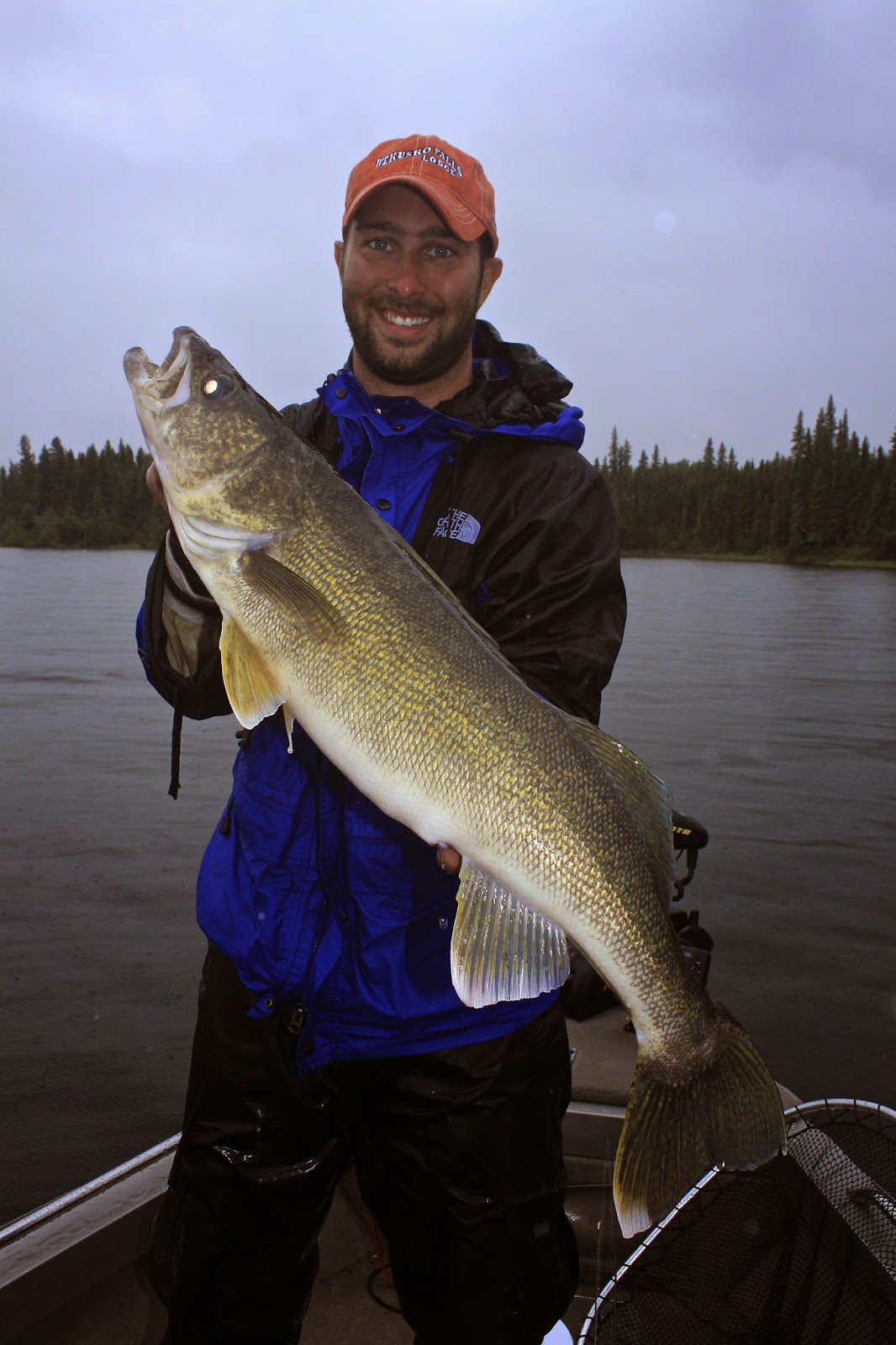 Posted by Wekusko Falls Lodge at 9:22 AM No comments: